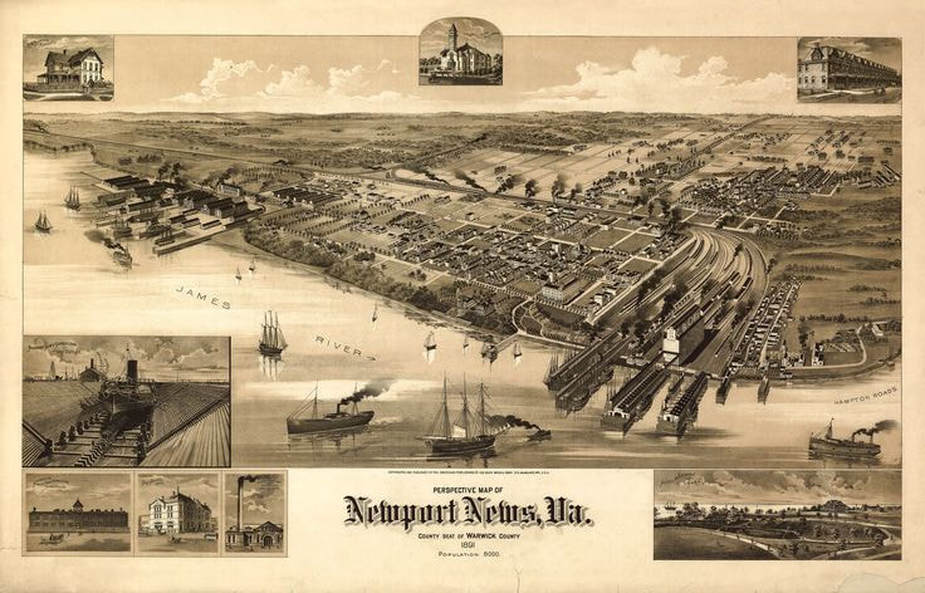 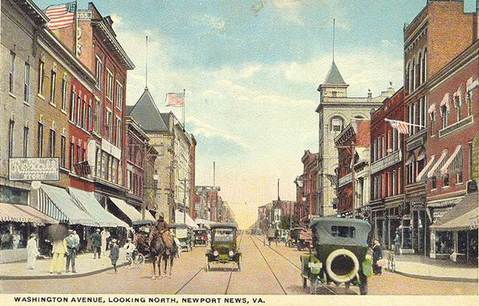 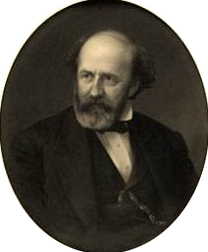 Collis P. Huntington
The stories of North End and 5400 Huntington go hand in hand with the creation of the modern city of Newport News. In the 1880s, Collis P. Huntington, wealthy railroad magnate and president of the Chesapeake and Ohio Railway Company, and his old Dominion Land Company acquired thousands of acres of farmland on the Lower Virginia Peninsula in anticipation of construction of a terminus for the railway. Port facilities, a shipyard and a company town were established at the deep water harbor. The small village quickly developed into a bustling town of four square miles. Breaking away from Warwick County, Newport News incorporated as a city in 1896.
When the Harwoods decided to build 5400, they were part of an outward movement from the cramped downtown to the placid outskirts of Warwick County. The new community of North End, developed between 1900 and 1935, was the city’s first suburb. It was bounded by the James River and Lafayette Avenue (later Huntington Avenue) on one side and Virginia Avenue (now Warwick Boulevard) and the railroad on the other. The neighborhood was connected to the urban core by streetcar. 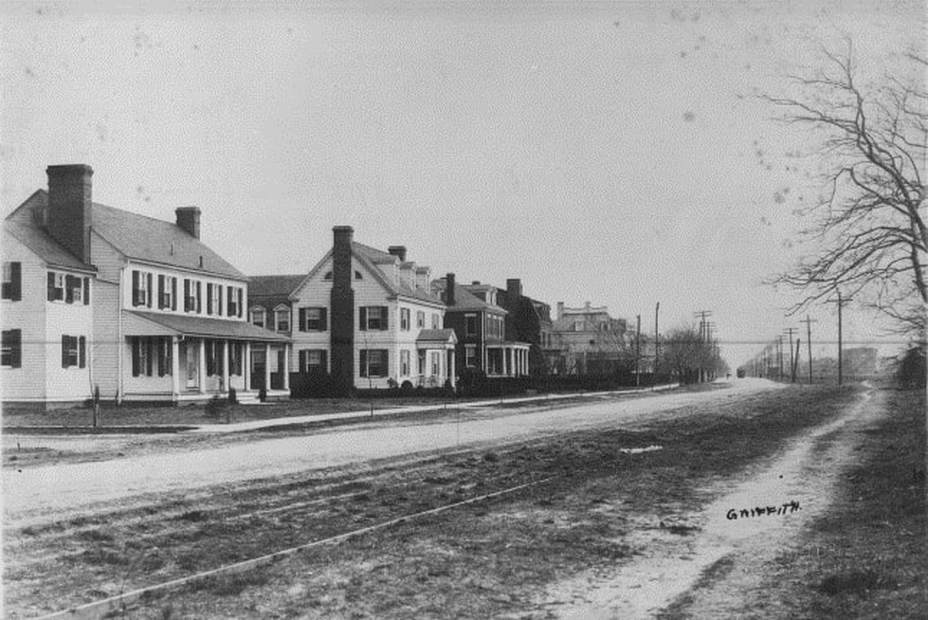 As They Were When Built, Huntington Avenue unpaved from 55th Street north. Note the street car which ran from the C&O depot at 25th Street to 55th Street, switched the trolley and returned to town. Photo by E. Griffith
Neighborhood homes featured a wealth of architectural designs including Queen Anne, Beaux Arts, Colonial Revival, Bungalow, American Foursquare and Tudor Revival styles.  The first home built was the J. A. Willet House at 5500 Huntington Avenue, in 1899.  Among the oldest and most impressive houses in the district is the handsome Beaux Arts style dwelling at 5600 Huntington Avenue built in 1902 for Walter A. Post, first resident president of the Newport News Shipbuilding and Dry Dock Company and first mayor of Newport News.  The Post house surrounded by its original wrought-iron fence occupies the entire east side of the 5600 block of Huntington Avenue, the largest lot in North End. 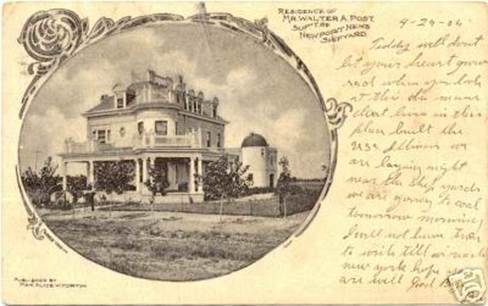 Walter A. Post House Postcard
An unusual expression of the Colonial Revival is found in the Homer L. Ferguson house built in 1906 at 5700 Huntington Avenue. Mr. Ferguson was the second and longest tenured president (1915 to 1946) of the Shipyard.  Author and newspaper columnist Park Rouse Jr. recalled his days growing up on 59th Street, "It's the people I remember best.  Homer Ferguson was a figure of earthy charm who could talk as easily to an illiterate welder as he did with Henry E. Huntington, who had succeeded his Uncle Collis as chairman of the yard and chief stockholder of the C&O.  Like any good boss, Ferguson knew most of his workers by name or face . . . and Mrs. Ferguson was often to be seen putt-putting down the avenue in her electric car. It had vases of artificial flowers inside.  We kids used to run after it as it glided noiselessly under the sycamores." 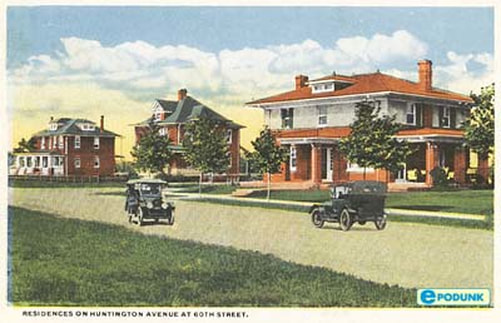 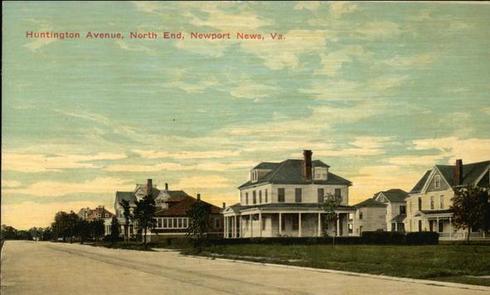 From marble windowsills to mahogany beams, homes in the North End-Huntington Heights area boast a wealth of architectural features and craftsmanship unmatched in the city.  Through an act of assembly in 1900, a 1920 annexation and consolidation in 1958, the 22 blocks comprising North End were gradually incorporated into the city limits.  In 1986, the North End community was officially recognized as a Virginia Historic Landmark.  It is also listed on the National Register of Historic Places.  It was declared and zoned as a Historic District by the city of Newport News in October 1999.